Whether Heading to Amsterdam for a Crazy Night in the Red Light District, or to Haarlem for an architecture and art rendezvouses or to Rotterdam the Netherlands has a lot for people to do when they visit. This video goes over some things you shouldn’t do when you go to The Netherlands.
The Don’ts of Visiting The Netherlands. Things Tourists Shouldn’t Do in The Netherlands or Holland.
Filmed in Amsterdam, The Netherlands
Copyright Mark Wolters 2017

Don’t #1. Don’t Call The Netherlands, Holland. Holland is actually only two of the twelve counties in The Netherlands.
Don’t #2. Don’t Think the Netherlands is Just Amsterdam. There are tons of other towns, cities and villages to visit. From the flowers in Keukenhof to the Beauty of Groningen.
Don’t #3. Don’t Be stupid with Drugs or Alcohol when you visit. The coffeeshops are world famous and you should never buy drugs off the street.
Don’t #4. Don’t just bite into hot food. The Dutch like their fried food hot as can be, so make sure you take a second to blow on it or else you might lose a few skin cells.
Don’t #5. Don’t Wander into the Bike Lanes in The Netherlands. Those bikes will get you.
Don’t #6, Don’t Take the Dutch Attitude Personally. The Dutch are very straightforward and will ask you anything. So don’t be upset, just know that is just how they are.
Don’t #7. Don’t Forget to Bring a chip card with a PIN number for purchasing from person-less kiosks & shops.
Don’t #8. Have coins with you so you can pick up a snack on the go.
Don’t #9. Don’t Be Surprised if you see all the Dutch Tourism Stereotypes when you visit. From wooden shoes to windmills to cheese to really tall people on bikes, you will see them.
Don’t #10. Don’t forget to buzz your train ticket card when you enter and exit the platforms/stations.
Don’t #11. Don’t Take pictures of the girls in the windows in the Red Light District.
Don’t #12. Don’t Take the Hop On Hop Off Bus in Amsterdam. The bus cannot go a lot of places in the historic center. You would be better off on the hop on hop off canal boat.
Don’t #13. Don’t think that Amsterdam is just the red light district. It is so much more with culture, food, art.
Don’t #14. Don’t forget to Bring a jacket. It will rain while you are there, even if it says sunny.

GoPro Hero4: Digital Camera for On The Go Fun in 4K http://amzn.to/2cbYkz4

SanDisk Extreme Pro 64 GB – SD Disk: For Saving All The Video Footage Without Having to Switch Chips http://amzn.to/2bSjCE3

Tripod – Manfrotto Compact Travel Tripod – The Size to Travel, but the Sturdiness of a Professional Tripod http://amzn.to/2bRSVAV 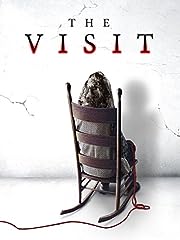 (4666)
(as of September 21, 2020 - More infoProduct prices and availability are accurate as of the date/time indicated and are subject to change. Any price and availability information displayed on [relevant Amazon Site(s), as applicable] at the time of purchase will apply to the purchase of this product.) 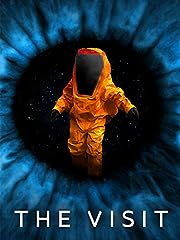 (23)
(as of September 21, 2020 - More infoProduct prices and availability are accurate as of the date/time indicated and are subject to change. Any price and availability information displayed on [relevant Amazon Site(s), as applicable] at the time of purchase will apply to the purchase of this product.) 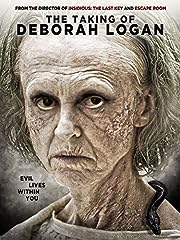 
The Taking of Deborah Logan

(2097)
(as of September 21, 2020 - More infoProduct prices and availability are accurate as of the date/time indicated and are subject to change. Any price and availability information displayed on [relevant Amazon Site(s), as applicable] at the time of purchase will apply to the purchase of this product.) 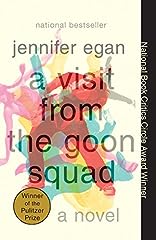 
A Visit from the Goon Squad

(1649)
(as of September 21, 2020 - More infoProduct prices and availability are accurate as of the date/time indicated and are subject to change. Any price and availability information displayed on [relevant Amazon Site(s), as applicable] at the time of purchase will apply to the purchase of this product.)

Your first point is incorrect. Nobody is offended in the Netherlands if you say they are from Holland. I’m myself from Brabant and I call myself a “Nederlander” or a “Hollander”. So do call ” The Netherlands” “Holland”, because it’s shorter and nobody cares.

So funny to look this video as a Dutch person 🙂

The what museum? “Ricks” museum. That’s “reiks” with a long I. Spelled Rijks in Dutch. How long have you been living in that hotel room?

not all dutch people are straight to the point

Jup, as kids all of us learned the hard way that kaassouffle’s are f’ing hot inside if not careful. Ooh the burning!

I really can’t relate to the don’t number 6. I would never ask a fat person why they are fat, and I don’t know anyone who would..

Everybody in the Netherlands is tall :D. Well if i remember correctly it is the Dutchmen that are the tallest people in the world. For women I’m not sure (althought there sure as heck are some tall women here, I myself am almost 6 feet XD). Guess it’s the result of all the cheese we eat? Haha.

Are you from california?

im dutch
and the bike lane thing is SOO TRUE tourists think we bike for fun or exercise NO we are going to work , don’t stand on the bike lane taking pictures of buildings It’s so frustrating . and yes DO bring a jacket

Only thing i liked about the Netherlands was Sisi.

as a dutch person I can say: rain is hell, deep fried food is the best and bikes are laifu

The Red Light District is a douche magnet.

Call IT Holland!! Or Nederland IT dousnt matter for us… Hé is strange with his tips 🙂 funny to listen what hé thinks of us 🙂

The bike story is absolute bullsh*t, no, don’t wander onto the bike lanes but we WON’t hit you, nobody would’t do that right? And here won’t be to many people who will be offended by the word “Holland”

Maastricht! The oldest city in The Netherlands….There is more than just Amsterdam…

They are not counties, they are provinces. How many weeks did you “live” in The Netherlands?

You should visit us (the Netherlands) again. There’s stuff in the polders too

I’m Dutch. You made some good points there. I had to laugh when you talked about burning your mouth with fried food xD Every Dutch person knows what you are talking about 😀 I also laughed when you said Dutch people are nice people, but don’t step into a cycler’s path because they will take you down. xD Nice video.

They barely speak English, if they do you can’t understand them, they won’t help you, just come to Rotterdam, it’s so much better.

Just so you know – it doesn’t take a Dutch person to call you fat. It takes kind of an asshole. < Coming from a Dutchman. But you're right about how direct we are. We're practical, sober people. Generally...

HORRIBLE FOOD AND NOTHING TO DO , UNLESS YOUR LOOKING FOR ROMANIAN HOES

You are the first person I ever seen a video of about our wee country that gets some thing right, like “look beyond Amsterdam and don’t be a dick to prostitutes” and all that. Great don’ts video dude!

Hey guess what, half of my family lives in Holland, and everyone there that I have met, calls it Holland.

Yeah, why are you so fat? Love from NL.

Ugh, I hate it when people just go to Amsterdam.
Come to Rotterdam, it’s way better!

I have to go there for.

If you go to the Netherlands, make sure you go to ‘Madurodam’ in Den Haag. All of the cool and popular things of the Netherlands are made in tiny versions. It is outside so indeed bring your coat!

Im dutch and these are super tips!

5:22 “ there’s a lot of places here you actually pay without talking to anyone” OKAY IM GOING