10 Things to do in Nuremberg, Germany travel guide

Join as we visit Nuremberg, Germany on a trip to wander around with the aim of doing the best things in Nuremberg. As the second largest city in Bavaria, Nürnberg has a lot offer in terms of castles, museums and unique cuisine worth sampling.

As a very walkable and tourist friendly city you can cover most attractions in Nuremberg in just a day or two making it a perfect weekend retreat.

We honestly arrived without the highest of expectations but we left feeling as though we wanted to spend extra time in Nuremberg.

Now let’s see what this fascinating city in Germany has to offer a first time visitor.

10 Things to do in Nuremberg City Tour | Germany Travel Guide:

10 Things to do in Nuremberg, Germany travel guide video transcript:

We started our day by taking the U-bahn to the centre of town and getting off at Lorenzkirche. This put us on the south bank of the Pegnitz River, where we took the opportunity to browse some markets before visiting St Lorenz Church.

This is a beautiful gothic church complete with pointed vaults, stained glass windows, and sculptures.

From there we walked across one of the city’s many bridges and continued on to the Beautiful Fountain (yes, that’s the name), searching for a bit of good luck.

One of Nuremberg’s most famed attractions is the Imperial Castle located in the northwest end of the Old Town. The castle is a testament to the power of the Holy Roman Empire during the middle ages.

And we couldn’t come all the way to Nuremberg and not try the famed Nuremberger sausage! We went to Bratwursthäusle, right in the heart of the Old Town by St Sebaldus Church.

Later that afternoon we went into Nuremberg’s deep underground on a tour of the historic beer cellars. Nuremberg has been a beer brewing city for centuries.

While in town, we also took a walk down Weißgerbergasse, which may just be one of the prettiest streets in Nuremberg. This curved cobbled street is lined with half-timbered houses.

Albrecht Dürer’s one time home is now a museum dedicated to his life and work. He was a German Renaissance artist across many mediums, but he is best known for revolutionizing printmaking and elevating it as an art form. At certain times of day, they offer a guided tour with an actress who plays the role of Agnes Dürer, the artist’s wife.

The bridge we were looking for is the Heilig-Geist-Spital, or the Holy Spirit Hospital. It’s not a bridge in the usual sense of the word, rather a medieval building that sits across part of the Pegnitz River.

On a more serious note, we couldn’t leave Nuremberg without also visiting the Dokuzentrum, also known as the The Documentation Center Nazi Party Rallying Grounds.

And that’s a wrap for a our guide to Nuremberg, Germany. If you have any other suggestions of cool things to do in Nuremberg, feel free to share those with fellow travellers in the comments below.

This is part of our Travel in Germany video series showcasing German food, German culture and German cuisine. 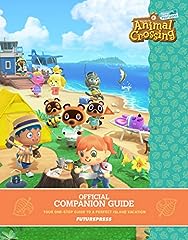 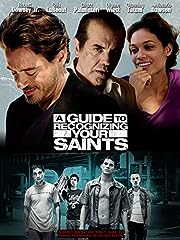 
A Guide to Recognizing Your Saints

(164)
(as of March 29, 2020 - More infoProduct prices and availability are accurate as of the date/time indicated and are subject to change. Any price and availability information displayed on [relevant Amazon Site(s), as applicable] at the time of purchase will apply to the purchase of this product.) 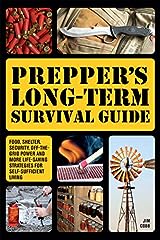 (850)
(as of March 29, 2020 - More infoProduct prices and availability are accurate as of the date/time indicated and are subject to change. Any price and availability information displayed on [relevant Amazon Site(s), as applicable] at the time of purchase will apply to the purchase of this product.) 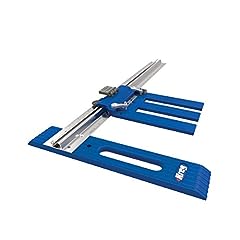 (1004)
Make rip cuts and crosscuts up to 24" Wide Cut multiple pieces to the same size With just one setup Use the oversize edge guide for precise control throughout the cut Eliminate need for marking, measuring, and layout lines Take your saw to the materi... (as of March 29, 2020 - More infoProduct prices and availability are accurate as of the date/time indicated and are subject to change. Any price and availability information displayed on [relevant Amazon Site(s), as applicable] at the time of purchase will apply to the purchase of this product.)

you could have a trial

Actually there are two rings at the Schöner Brunnen. A golden (fake) one for the tourists and a dark one for the people of Nuremberg.

Where you guys from? Whats that accent?

The Palace of Justice… Where the Nuremberg War Crimes Trials were held.

I love to live here

Im so addicted to travel! #Gypset

Thanks, guys, forwarded this clip to my daughter since she’s headed to Nuremburg today, your videos are delightful and always quite helpful!

all they do is eat

Spinning the ring 10 times actually will bring unluck all over you and your whole family. Greetings from Nürnberg

not the golden ring brings luck, it is the iron ring. I live near Nuremberg. you have to go to Rothenburg ob der Tauber and Dinkelsbühl. two of the most beautiful old towns in Germany.

do not forget 90 % had been destroit in WWII! So I guess as a Nürnberger I could say it was quite good rebuild! I hope Tourists will come to visit out town!

Well done video! That’s what I also would show people who visit us in Nürnberg.

Speaking of a special bridge, you crossed one at 08:27! It’s the “Kettensteg” or “Chain Bridge”, the oldest chainbridge on the european continent: http://en.wikipedia.org/wiki/Chain_Bridge_(Nuremberg)

Oh, and btw., a very nice and recommendable tourist guide. Enjoyed your video a lot 🙂

Nürnberg has some top Christmas products you missed: the original Lebkuchen (sweet spicy bread) and other stuff.

I went to that same first restaurant ! I got the pig shoulder
It was so damn good
Fell right off the bone