20 BEAUTIFUL Places To See In Europe

The great thing about this continent is that you can travel to a completely different world by train and experience a whole new culture and language. Let’s touch upon some of the most beautiful things to see in the continent that was once considered the center of the world.

7. Lapland, FInland
Okay, for those of you not sold on exploring the outdoors–think about how rare it is to experience the northern lights. There’s only a few places in the world that you can see those colorful, all natural lights in the sky. And one of them includes Lapland, Finland. The Lapland region measures to 100,367 kilometers square. When covered in snow and the moon’s our and the lights make themselves visible in the sky, a trip to Lapland looks like a scene from a Christmas movie. Would you traverse the cold for a chance to experience those lights?

6. Neuschwanstein Castle, Germany
On a forested hill in the region of southwest Bavaria sits Neuschwanstein Castle, up at an elevation of 2,260 feet or 800 meters high. Ludwig II of Bavaria commissioned the construction of the castle in 1832 to be a retreat as well as be dedicated to Richard Wagner–the famed German composer. Every year, 1.3 million people tour the castle, with a traffic of 6,000 individuals per day. Many get drawn to the architectural design of the castle, a mix of castle romanticism called “burgenromantik” and other styles.

5. Tunnel Of Love, Ukraine
Nope, that’s not from some children’s fantasy movie. That’s a real industrial railway that exists in the Ukraine. Located near the territory of Klevan, this section of railway got famous for the green leaved arches that surround the entire path–which extends to about 3 to 5 kilometers long. Called “the Tunnel of Love” for the many couples that frequent the path together, which does make it really difficult for train operators to watch out for.

4. Quinta da Regaleira Initiation Well, Portugal
Travelling to Sintra, Portugal means you’re going to see lots of 19th century architecture constructed in the Romantic style. As a result, the entire municipality had been made a UNESCO World Heritage Site. But perhaps one of the most beautiful and mysterious places in Sintra includes the Initiation Well of Quinta da Regaleira. Through a series of tunnels and caves, you can reach the well, which has a spiral formation to get to the bottom. People did not use the well for water. Rather, it served as a location for ceremonial Tarot Initiation rites.

3. Bavarian Alps,
Let’s be real. The Alps in any country would be awesome to visit anyway. We picked the Bavarian Alps just because it looks a little more green. This region of the Northern Limestone Alps ranges from between the Saalach and Lech rivers. Not to fret–just because it looks green in these pictures doesn’t mean snow doesn’t still cover other parts of the Bavarian Alps. People love to ski here, as well as take in the health retreats, visit the villages, and relax at the spas during the non-ski season, too.

2. Oxford University, England
Located in the south east English city of Oxford, you’ll find one of the most well-known universities not only in the world but in history. Oxford University not only provides quality and expensive education, but it also has a lot of really neat architectural structures. From St. Mary’s church to the Radcliffe Camera to the All Souls college, there’s not shortage of pictures to take on an afternoon walk through campus. Alright, alright. If you prefer Cambridge, we can’t blame you. But for simplicity’s sake, we had to pick one. And we picked Oxford. If you want to argue Cambridge’s case, you’re more than welcome to in the comments! 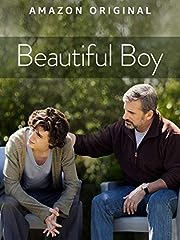 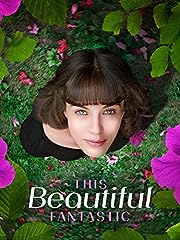 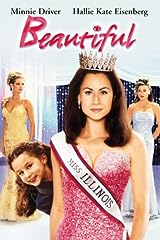 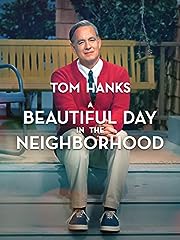 
A Beautiful Day in the Neighborhood

(6697)
(as of June 2, 2020 - More infoProduct prices and availability are accurate as of the date/time indicated and are subject to change. Any price and availability information displayed on [relevant Amazon Site(s), as applicable] at the time of purchase will apply to the purchase of this product.)

Why only evening photos of Sultan Ahmed Mosque from Turkey? No other pictures of sightseeings of Istanbul?

Turkey is not Europe

It’s NOT The Ukraine, it’s Ukraine!!! When will you learn?!

It’s not just a question of better vs. worse, sometimes you need to look at different aspects of those places: https://dictativ.com/s/city+europe

Please check you pronunciation before you read your script.

I’ve been to the blue mosk but I was like 5 so I don’t remember much
I’ve also been to Lapland
And the hermitage museum in St.Petersburg

Jesus, learn how to pronounce the places you are featuring. You sound like a complete idiot pronouncing NEWschwanstein instead of NOIschwanstein and Givernay instead of Gheevernay!

“So if you’re planning a Germanic – Polish trip….”

Irleand Cliff is nothing. Check Cabo Girao on Maderia Portugal is 100 times better, it’s no good video to travel sorry

turkey is not a part of europe

A list of 20 places I will probably never see

20 beautiful places to see in Europe?? Europe has to many things to see. I mean, have you ever been in Rome? It’s impossible to see every wonderful things in that city.

Turkey is not Europe

Oh come on! Bavaria/Germany has a little bit of Alps. Austria and Switzerland have a loooot of Alps. You should have picked one of them

There is so much to see and do! How can I chose? Lol. Your video is very nice. Thank you for sharing! -Michelle 🙂

You should visit Preikestolen in Norway! It’s so beautiful!