10 Things to do in Naples, Italy Travel Guide

Join us as we visit Naples, Italy in this travel guide covering 10 of the top things to do in the city including eating pizza! With two full days in Naples we tried to explore as much as this chaotic city as possible and ended up loving the experience.

Tell anyone you’re travelling to Naples and you’ll likely get a few raised eyebrows with some side comments about the mafia, or grid-lock traffic, or garbage on the streets. Somewhere along the way, Naples seems to have earned a bad reputation, but we thought it all sounded a bit too harsh. We wanted to experience the city for ourselves, plus we’d also heard there was good pizza!

We ended up having a grand ol’ time, so join on us as we show you what you can get up to with a couple of days in Naples, plus somewhere along the way, we’ll also reveal where we ate our favourite pizza.

Piazza del Plebiscito seemed like a good place to start our tour. This is a large public square in Central Naples, that earned its name from the 1860 vote that brought Naples into the unified Kingdom of Italy.

The plaza is surrounded by numerous attractions, including the Royal Palace of Naples on one side, and the Basilica of San Francesco di Paola.

We then visited the Royal Palace of Naples. This was one of the four residences in Naples used by the Bourbon Kings during their rule of the Kingdom of the Two Sicilies.

The admission fee was 4 Euros and this gave us access to the Royal Apartments where we got to admire porcelains, tapestries, sculptures and painted ceilings found within the palace walls.

We visited was Castel Nuovo, an imposing medieval castle that dates back to 1282. This castle was built when Charles I of Naples took the throne and moved his capital from Palermo to Naples.
Admission to the castle was 6 Euros per person.

We stopped by Caffe Gambrinus, a historic coffeehouse in the heart Naples for a bite and drink.

We visited Galleria Umberto I, which is a gallery which vaulted iron and glass ceilings, where you can shop & people watch.

This gallery dates back to the late 1880s and meant to be reminiscent of Galleria Vittorio Emanuele II in Milan.

While in Naples, we took it upon ourselves to find the best pizza in the city. This involved eating a total of 10 pizzas over two days.
In the end we decided Da Michele was our personal favourite.

Because we always enjoy visiting outdoor markets wherever we go, we stopped by the Fish Market.

Moving on to museums we visited Naples National Archaeological Museum. This museum holds the Farnese Marbles, which is an impressive collection of Roman copies of classical Greek sculptures and ruins of Pompeii and Herculaneum.

Another place we visited in Naples was the Quartieri Spagnoli, or Spanish Quarter. The streets in this quarter were laid down during the 16th century for the Spanish military barracks outside the city walls. The streets here are narrow and the buildings tall.

And that’s a wrap for our quick 2-day tour of Naples. We hope this video gave you a few ideas of things you can do in the city and all the pizza you can eat in between.

This is part of our Travel in Italy video series showcasing Italian food, Italian culture and Italian cuisine. 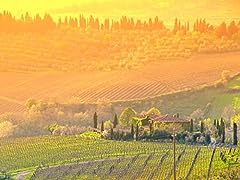 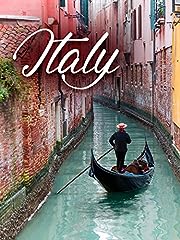 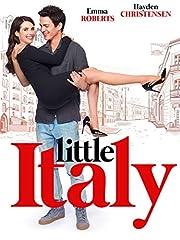 Eating pizza with a knife and fork…. People should go to jail for this

To all the foreign tourists: stay away from sicily and its third world towns. In sicily everything is run by mafia from public waters to transports. Every single shop, every city hall pays for protection to Mafia or is infiltrated with mafia affiliates. They are the most corrupted and backward region in italy still with diseases eradicated in middle age in the rest of Europe. Can you remind the american stereotype on italian people? Short, dark skinned mafia people with mustaches who behave like masters to their women but shit in their pants to every other? Well that’s the same stereotype we share in italy on sicilians. As you land in that sick land you can immediately see decay and deterioration, plus garbage everywhere since their refuse collection is in crisis and their dumpsters are collapsing and they don’t do recycle as in every other italian city. Transports are unrelaiable and mafia sets hundred of fires in summer to bring down lot prices and buy them for very little money. If you are robbed you can neither call for police because in sicily even cops and judges are on mafia’s pay book. Please don’t believe we are all like shitcilians, mafia is from Shitcily and we Neapolitans have nothing to do with those sandniggers. People believe that the whole Shitcily is like Taormina, nothing more wrong. Taormina is run and managed by stranger and foreign investors, and not by sandnigger sicilians thats the reason of the difference with the rest of that shitty island. So don’t go to shitcily and keep comin to Naples.

bay of naples is gorgeus

Naples is a shit hole

I like the highlights of the places you visited.

I am wondering if Naples has an evacuation plan in place to evacuate people in case Vesuvio erupts again (similar to 76ad). That’s a lot of people move or evacuate in a short period of time.

what about the historical centre? 😐

Thank you for sharing! You are very talented. I like to travel as well:)I fairly recently revealed my first ever movie – My travel diary in Queenstown. Eep!Would definitely cherish your observations on my video/editing and so I can also get better like you!

thats not to how eat a pizzaaaaaaaaa

Whenever anybody says Naples instead of Napoli it immediately pisses me off.

Everything is good except eating pizza by fork and knife

Keep an eye on your wallet

all legend…. Go to Saint Luis, or Detroit, each of them annually with the double of killed in whole Italy!!!

I wish you had more days to visit the historical part of town with the narrow pedestrian street and some of our beautiful churches. Maybe this is a good reason to come back.

Can I learn the Golden Rectangle, and spin balls that can carve out stone

What to do in Naples: 1: Get Pizza 2: Make a beeline for the train station. 3: Leave

My Naples is not Italy

I love your videos. It always making me hungry