The great thing about Vegas is that it’s always changing.. There’s always something being torn down to make way for something new.. That’s why Vegas as a travel destination never gets old! In this video I’m going to tell you what’s new on the Las Vegas Strip for your visit in 2019! I’ll tell you about the newest openings in hotels, rides, restaurants, shopping, entertainment, and some stuff coming soon that isn’t open yet!

T-Mobile Arena, Park Theater, and the “Park” which is between NYNY and Park MGM.

Flamingo’s New Bunk Bed Suites
The Flamingo is adding about 10 Bunk Bed Suites. Each room has queen beds with an elevated single bunk-bed loft above it. There’s even a bunk bed suite with almost 1,000 square-feet of living space. They will be available starting February 1

Resort Fees and Parking
Ugh — nearly every hotel is charging some sort of resort fee, and parking.

Notable free parking exceptions on the strip are Planet Hollywood and the Venetian Palazzo — yes, they still charge a resort fee.

The only Zip Line on the strip
1,000 feet through the open-air LINQ Promenade
10 riders at a time, seated, or lying down.

It flys over the LINQ Promenade — an open air shopping mall that opened in 2013. Which if you haven’t been to Vegas since then, is definitely worth a visit. The Strip’s first In-N-Out Burger is in here… and there’s the High Roller, the tallest observation wheel in the world (at 550 feet tall, it’s taller than the London Eye).

40,000 square feet of restaurants, retail, and a supermarket!

Taco Bell Cantina
The one on the strip has been such a success, they will be opening another one downtown.
What is it? It’s taco bell’s flag ship restaurant!

It has a fancy look, a VIP Lounge, DJ Booth, Merchandise, and they sell alcohol! And yes… it’s open 24 hours!

Las Vegas has joined the anti straw movement
Want a straw at MGM & Caesars Hotels and Casinos? You’ll have to ask for one!

Wynn Shopping Plaza
It juts out from the hotel to the sidewalk on The Strip/ On the tenant list are Saint Laurent Paris, Soulcycle, Stefano Ricci, Stella McCartney, Brietling, Omega, Louis Vuitton, and others. Though Urth cafe I think is the stand-out for reasonably priced pastries and coffee.

Britney Spears is Back!

She used to be at the MGM Grand — if you want to see her now, head over to the Park MGM!

At the Park MGM

Raiders Football
The Raiders NFL team are moving from Oakland to Las Vegas for the 2020 season.

Monorail Extension
The Las Vegas Monorail will extend the line from MGM Grand to Mandalay Bay.

You might enjoy watching my video Review of the New Nomad Hotel at the Park MGM: https://youtu.be/CjLa-Vpz21c

Or browse all my Las Vegas videos in this Playlist: https://www.youtube.com/playlist?list=PLOVadUHX1B-JzE5fiVleugu6HTYLsr2sk

Check out my blog:
http://yelloww.net 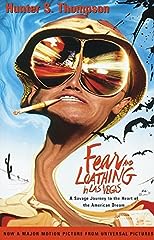 
Fear and Loathing in Las Vegas: A Savage Journey to the Heart of the American Dream

This cult classic of gonzo journalism is the best chronicle of drug-soaked, addle-brained, rollicking good times ever committed to the printed page.  It is also the tale of a long weekend road trip that has gone down in the annals of American... (as of January 20, 2020 - More infoProduct prices and availability are accurate as of the date/time indicated and are subject to change. Any price and availability information displayed on [relevant Amazon Site(s), as applicable] at the time of purchase will apply to the purchase of this product.) 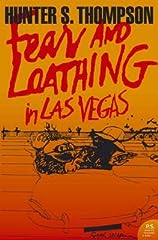 New (as of January 11, 2020 - More infoProduct prices and availability are accurate as of the date/time indicated and are subject to change. Any price and availability information displayed on [relevant Amazon Site(s), as applicable] at the time of purchase will apply to the purchase of this product.) 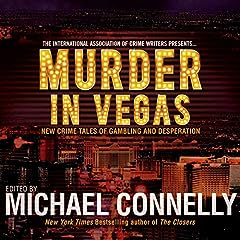 
Murder in Vegas: New Crime Tales of Gambling and Desperation

Sin City. An artificial oasis of pleasure, spectacle, and entertainment, the gambling capital of America has reinvented itself so many times that it's doubtful that anyone knows for sure what's real and what isn't in the miles of neon and sco... (as of January 14, 2020 - More infoProduct prices and availability are accurate as of the date/time indicated and are subject to change. Any price and availability information displayed on [relevant Amazon Site(s), as applicable] at the time of purchase will apply to the purchase of this product.) 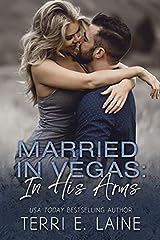 
Married In Vegas: In His Arms

From USA Today's Bestselling Author, Terri E. Laine, comes a new standalone, fun and sexy contemporary romance.My relationship with Cameron McCabe is complicated.The NFL’s leading quarterback is the cute boy I grew up next door too. The cocky... (as of January 14, 2020 - More infoProduct prices and availability are accurate as of the date/time indicated and are subject to change. Any price and availability information displayed on [relevant Amazon Site(s), as applicable] at the time of purchase will apply to the purchase of this product.)

You might enjoy watching my video Review of the New Nomad Hotel at the Park MGM: https://youtu.be/CjLa-Vpz21c

Or browse all my Las Vegas videos in this Playlist: https://www.youtube.com/playlist?list=PLOVadUHX1B-JzE5fiVleugu6HTYLsr2sk

I’m heading to Las Vegas. I’m definitely going to MGM Park to check that out. Plus gonna have to check out Taco Bell Cantina. Love your videos. Keep em coming.

They need a train from AZ to Vegas

Britney Spears cancelled her residency because of her dads illness

Hi yellow production man where did you get Tover from, love the videos keep up the good work from the UK

What about downtown Las Vegas? The Circa?

THE MONORAIL NEEDS TO GO TO THE AIRPORT!!

If the monorail wants to be profitable, that is what they need to do, I’m in my early 40’s if I stay mid strip I’m not wasting time or money on the monorail. I can walk from Paris most anywhere one the strip.

Anthony Bordain is no longer a fan…he’s dead.

This was awesome!! Thank you

Love the videos man keep them coming I hope you get paid to travel and do this for a living SOON….

You may just be the most wonderful travel reviewer on YouTube. You are doing the world a service and I want to thank you!! Amazing content so super fun. And the panda…. well… AMAZING!!

2019 and you still haven’t corrected your misspelling of Yellow in the opening frames. Yelloww Productions?

super thanks for the updates… we are traveling for the third time to Vegas and I was just thinking its going be same old same old…but not anymore !!!!

Is Anthony Bourdain still a big fan of that place

Love your videos!! Every single time I gear up for a Vegas trip I watch your videos! Thanks!!

You are the best! Thank youuuuuuuu

Awesome Video – thanks! Going there in march2019 so we got a few head ups. Appreciate it!

Does Gordon Ramsey cuss you out (or the staff) every time you visit lol?

Whataburger blows In N Out burger away. Just sayin’.

Your content is number one! Your awesome , thank you For the fun, informative and entertaining submits.

The MGM is the most visited place in the city by the L.V.M.P.D. they have 5 arrests a day there.

*Superman 2 voice
The population of Las Vegas has increased by one. When I come but I just pray I do good

Hey, what about the monorail extension across the street to the airport, which would save visitors million in taxi fees. Will we see it in your great- great-grandkids lifetime?
No mention of the cold ready-to-eat sandwiches at Walgreens.

Hi I just got to Las Vegas Nevada and do you have any tips on attractions and sightseeing attractions?

I want the little Panda Bear.

Thank you for the update!!

Way too much time talking about food.

Thank you for 2019 all informations