Los Angeles Travel Tips: 13 Things to Know Before You Go to LA

Things you need to know before you travel to Los Angeles California. LA is HUGE. You won’t be able to see all of LA, unless you’re staying for a very very long time. Los Angeles doesn’t have a “center” and Downtown LA is not very exciting. LA is comprised of multiple cities Santa Monica, Beverly Hills, Malibu. Get a rental car – You’ll need it to see most tourist attractions in Los Angeles.
2. Traffic
– LA has traffic everywhere, all the time. All day, every day. Yes, even at 1am on a weekend. Deal with it.
– The freeways have names — it’s not I-405 — it’s “THE 405”
3. Public Transit
– LA has a subway!
– But it probably doesn’t go where you want! Especially the beach!
4. Parking
– Is often Valet
– and Costs money everywhere
– Except when you’re parking on the freeway 🙂
– Pay attention to street signs (confusing times and days)
5. Navigation
– Know where you’re going and take the correct exit
– Take the wrong exit and you might end up in some place really sketchy
– Lots of little cities, the street numbering changes in different cities
6. Weather
– LA is not always sunny and warm
– It gets cold — particularly at night
– Shorts in the day, but pants and a jacket at night
– And the ocean water is cold too… 70 degrees is as warm as it gets
– Inland can be 30 degrees warmer than the beach
– Lots of sunscreen
– Sunglasses
– It’s dry — moisturizer
7. LA is unlike the rest of California
– It can feel like a different country, or at least a different state
– Venice Beach in particular
8. Hollywood is in the neighborhood called “Hollywood”
– West Hollywood is in front of the Hollywood sign (and a different city) with Fancy homes
– East Hollywood doesn’t have much
– North Hollywood over the mountain is a suburb of LA
– Oh by the way — no actors in Hollywood
– And if you go see a 30 minute sitcom taping it will take 4+ hours
9. The Valley
– Means San Fernando Valley
– Burbank, Studio City, North Hollywood, Van Nuys
10. LA’s most well known attractions are also some of the most rundown
– Hollywood Boulevard or is Tijuana?
– Venice Beach, oh my lord
11. LA is casual
– Flip flops and shorts are OK except in the most dressy establishments
12. Bring your own shopping bag
– Supermarkets charge 10 cents for shopping bags in California
13. Mexican Food in LA is awesome
– Get some fish tacos!
– And visit King Taco!

Watch my video on the Best Cheap Eats in Los Angeles: https://youtu.be/7AF-Nvk1x5c?list=PLOVadUHX1B-KpaZG7l8jjT6Hjmg3SUFgP

Check out my blog at:
http://yelloww.net 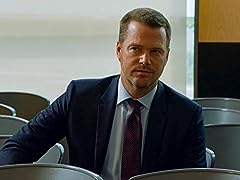 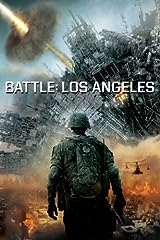 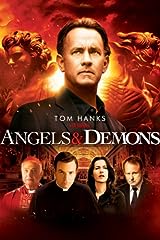 Go on Rodeo DR during Christmas and New Years. There are beautiful decorations up.

People in NY give there freeways names too. In NYC I-95 is the Bruckner and I-87 is the Deagan. I-495 Is the LIE and I-287 is the BQE. There are others but these are the major ones.

Compared to other cities including in Europe, LA could be considered a breeze to park. Most often in many parts there is free street parking and lots of free two hour lots. Try parking in NY, Chicago, San Francisco, Paris, Nice France etc and your only option will be double parking!

I still wanna move there. I am a maryland local.

Do not take the expo line it is nasty and dirty

This whole time I was nodding my head! So correct lol!

tip #14: don’t film an entire youtube video in the middle of a public setting.

The best thing about LA, arriving at LAX for your plane ride out of there.

How is the heat in August? I’m planning to go to Cali and half of the time I want to stay in LA. But I can’t stand weather above 90 degrees

I used to live at LA

Uber and Left are a great inexpensive way to get around

Great video, very helpful and entertaining: thanks a lot for sharing, Chris

YOU CAN HAVE LA

Well I least I know you are not politically correct!!!! LOL!!!! You called the homeless people BUMS! You also bum shamed the stinky dudes and ladies that ride buses. I am happy you told me about not riding the buses because, I’m disabled so I might have tried riding a bus. NOT now. No buses for the werewolf. I will be taking cabs everywhere. I MUST TRY THAT SUBWAY! A SUBWAY RIDE IN LA IS A MUST DO FOR ME!

Thank you Chris for ur heads up . I planning my trip .for Dec.

Nice video man ! you should do one for people planning to actually move to LA

How safe is it, especially for Asian tourists? Any safety precautions to take?

#1: if it’s not bolted down, someone will steal it at some point. Lock it up, hold it tight, hide it…

How’s the weather in February?

If you’re going to ride the subway, don’t use the elevators at the stations. You’ll thank me later.

Chris, what are prices of things in LA comparable to other states?

Thanks sooo much! I’m driving from CANADA! Is it ok to sleep and parker..if so where would be good?

This is the greatest video ever right now. No really. Everything I’ve been googling trying to understand you explained. I am so grateful and kinda in shock as to what I just learned. To la people this may seem dumb but I never understood why orange county people say they’re not from la. I’m going to watch this over and over and memorize this. Most useful video I’ve seen in a long time. Thank you you really helped me.

Thank you so much!

I’ll be visiting some time in the next 6 months and I’ll be alone and I don’t drive. How safe is Uber for a female on her own? How safe is the Santa Monica area? Would it be safer to stay in STLA? What about West LA area for safety and public transport? Thanks for any info/advice.

This was great, thank you very much.

Last time I was in LA was in 1980. I enjoyed it. I’m sure it has changed a lot. Driving and parking wasn’t bad back then. I watched your video on cheap places to eat and it made me hungry. LOL In watching it you mentioned rest rooms. That’s one thing you could have included in this video- the availability of public restrooms.

Wow.. the best tips I’ve found on YouTube. Thanks!

Looks like shite. New York is so much better.

well gee, thanks for bringin me down about LA

Born and raised… but still binging your videos. All great!

I lived there for 13 years so take my word for it…Stay OUT of L.A.

Take Uber or a Lyft instead of paying for a car, gas and parking. You also can see stars in Hollywood; I do not know why the lie is going around that you won’t. You can tour Paramount and the Hills and there are special events on Hollywood Blvd all the time. I have seen a few celebrities on Sunset and Melrose as well.

Not very uplifting! Although your points have some truth, maybe you need to point out the good things about LA. If i didn’t grow up here and love this city, after your video, i’d cancel my ticket in anxiety. Oh i get it, you are trying to scare the people away so there will be less traffic. Smart.

Idk why people always say to check out Venice beach, it is not as great as everyone says. It’s filled with solicitors and smells like weed and piss.

I’ve lived near LA my whole life and I had no idea there was a subway here. Wtf. No one here uses public transport.

You actually can see famous people in Hollywood from time to time. Whenever they hold premieres or any special event, which is pretty often. Your chance of seeing someone famous is actually not that rare on any given day.

I went to a Jimmy Kimmel taping one time and I spent about 1.5 to 2 hours there, no where near 4 hours. This is counting getting in the queue.