Prague is definitely NOT the place to avoid crowds of tourists. This jaw-droppingly beautiful city is popular for very good reason, but this video shows you more hidden places that are worth visiting.

Don’t get me wrong, though, there are plenty of ‘touristy’ spots in Prague that deserve your time – people flock to them because they’re unique! I have to mention some of my top picks. The Old Town Square is luscious and photogenic from every conceivable angle. The nearby astronomical clock has been ticking since 1410 and every hour on the hour you can see a show where the clock comes to life. It doesn’t just measure the hours of the day either – there’s a calendar that counts the days, months, and year as well as a zodiac ring that tracks the sun and moon in the sky. You really can’t miss it. I’m also a big fan of the gigantic metronome on the opposite side of the river. It’s 23 metres tall and sits atop a hill formerly occupied by a statue of Stalin. The relentless strokes of the metronome, and its significant location in the city, serve as a good reminder of the change that time can bring. Within view of the Prague metronome is the Charles Bridge, one of the most visited spots in the city. It’s classic Prague and has been bridging the river since construction on it ended in 1402. At over 500 metres long, it’s a wonderful walk that feels like a stroll through history – just beware of the pickpockets! Prague Castle is the most iconic spot in the city and is visible from miles around as it sits atop a hill. It’s the largest ancient castle in the world and you can walk around the expansive grounds without paying an entry ticket. Budget bonus! It also affords a great view of the Old Town on the other side of the river.

Now for my favourite spots that are more hidden where you’re less likely to run into hoards of tourists. Inside the front entrance of the Prague Municipal Library is an installation called Idiom. It’s a tunnel made of 8000 books that’s over 5 metres high and 2 metres wide. There are mirrors on each end which make the tunnel appear infinite when you peak inside. For anyone who loves books, this is a must see. Prague is full of salutes to Franz Kafka who was born there. The best is a moving sculpture of Kafka’s head made up of 42 rotating layers. It turns round and round, briefly revealing the head’s true shape before going to pieces again. It’s a fitting tribute to Kafka’s inner torment and very memorable. Another moving sculpture is outside the Franz Kafka Museum in a cute courtyard. It’s a bronze fountain of two men who swivel around and pee to ‘write out’ Czech literary quotes. You can text a number and the fountain will ‘write’ your message too. It’s controversial because the fountain basin is in the shape of the Czech Republic so the men are relieving themselves on the country itself. This definitely isn’t the only mocking art in Prague – far from it! Hidden inside the passageway of the Lucerna Palace is a scultpure hanging from the ceiling. A man proudly rides an upside down dead horse. It’s provocative and mocks a statue of King Wenceslas in nearby Wenceslas Square. One of the hardest gems to spot hangs above a busy Prague street. It’s a sculpture of Sigmund Freud hanging from a pole and it looks very lifelike. I stared up at it at night and no one else took notice. Prague is full of tiny laneways but there’s one that’s so small it has its own traffic light. You press a button and wait for the light to change from red to green before you head up or down the skinny, one-way walking street. It’s got to be one of Prague’s cheapest thrills. Not too far away in a nondescript street is the so-called Lennon Wall which has been a place for Beatles-inspired graffiti since the first image of John Lennon was painted after his death in 1980. Though Police tried to whitewash it, people kept coming back and now it’s a place for messages of love and peace. If you’re looking for a cool and unique Prague souvenir then head to Botas 66 for a pair of Czech shoes. Botas was a sports shoe brand in Czechoslovakia that made an iconic sneaker called the Botas Classic in 1966 – hence the name of the store. The shoes got a reboot in 2008 by two designers who wanted to make the shoes over into stylish streetwear. Now Botas shoes are super popular and come in all sorts of colours and designs. It’s a unique piece of history to take home on your feet.

Watch my video about the incredible Prague Christmas Market: http://bit.ly/PragueChristmasMarket

See why the Prague Christmas tree is the best in Europe: http://bit.ly/BestChristmasMarketsInEurope 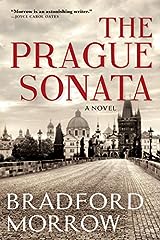 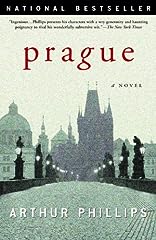 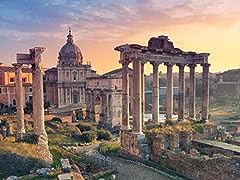 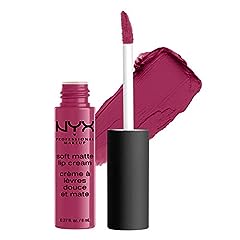 SOFT MATTE LIP CREAM: Creamy soft matte coverage that never feels dry, in matte nudes and red lipstick shades inspired by world cities. Slide on a Soft Matte Lip Cream and instantly transport yourself! PLUSH & HIGH-PIGMENTED FORMULA: Envelop your lip... (as of November 15, 2020 - More infoProduct prices and availability are accurate as of the date/time indicated and are subject to change. Any price and availability information displayed on [relevant Amazon Site(s), as applicable] at the time of purchase will apply to the purchase of this product.)

Hey Eileen, so I have heard that some people feel that Prague is more romantic than Paris.  What do you and Marc think?  Great video BTW!  Superb editing and exceptional voice-over work.  I love your channel!!!  INSTAGRAM = https://instagram.com/eileenaldis

I’d love to know: what are your favourite parts of Prague? If you haven’t been, what would you most want to see?

Wow….you must do a lot of research to find these hidden gems. I really enjoyed seeing all of the less familiar spots and honestly can not say which one impressed me the most. Maybe the 8000 book tunnel or Freud hanging above the street.
Be interested to know the story behind that one! Lots to see for those lucky enough to go to Prague.

Really great episode!!! Yes, I love hidden gems so please give us more!!! Prague is gorgeous!!! Thanks for sharing!

I can also recommend the old abandoned stadium in Prag.

Oh the book tunnel is marvellous! I immediately thought of sliding to a new world, same as you. The clock is truly a wonder also. I’m looking forward to seeing what you’ll have for us next time! Hope you two are happy and healthy!

I thought the Idiom installation at the Prague Municipal Library is very clever.  I could imagine the Mad Hatter letting out a little giggle when one looks inside.  https://youtu.be/kzkfQK4I5eE

Incredible! The Kafka head thing is so trippy!! As with so much of what you’ve seen and shared with us, here and other cities, it’s really hard to pick what stands out! The Lennon Wall is probably my least favorite..I don’t know, graffiti just doesn’t do a lot for me 🙂 But wow, Prague am I not worthy!! Jaw dropping is absolutely right!!

as always delightful and insightful…thanks