10 Things to do in Granada, Spain Travel Guide

Join us as we visit Granada, Spain in this travel guide covering the best things to do in Granada including local foods worth sampling and top attractions such as the Alhambra. Granada ended up being one of our favorite cities we visited in Europe on this trip so come find out why! Let’s explore Granada, Andalucia together!

10 Things to do in Granada City Tour | Spain Travel Guide:

10 Things to do in Granada, Spain Travel Guide Video Transcript:

Wrapping up our travels in Spain, our last city to visit was Granada. Set in Andalusia at the foot of the snow capped Sierra Nevada, this is a place where Moorish influence is palpable. From hilltop fortresses to Moroccan markets, and tranquil gardens to quaint teahouses, in this travel guide we’re going to show you some of the things you can do in Granada:

This Cathedral was as grand as you’d expect. The stark white interiors were a bit of a contrast to the ornate churches we had seen in other cities, but that just made your eyes travel towards a glowing, golden altar.

The Moroccan souk turned out to be one of our favourite spots in the city. The street was packed with tiny shops standing shoulder to shoulder, all filled with leather handbags, glass lamps, wool slippers, colourful scarves and pashminas and souvenirs.

We continued our way up the hill into Albayzín. This is one of the oldest centres of Muslim culture in Granada. The neighbourhood is a maze of narrow cobbled streets, white-houses with tiled roofs, and small courtyards sprinkled in between.

We made time to stop at one of the teterías, or teahouses. This was the perfect place to rest on a cold winter day and enjoy some afternoon treats.

You can find numerous Moroccan restaurants in this part of the city for food. One place we ate at on more than once occasion was Al-Faguara. They offered set menus for lunch featuring hummus, falafel, couscous, tajine, and of course, lots of baklava.

Let’s take a moment to talk about Granada’s main tourist attraction: the Alhambra!

The Alhambra is a massive complex of palaces, gardens and fortresses that once formed the citadel of the Nasrid Kingdom of Granada, which was the last Muslim dynasty to rule along the Iberian Peninsula from the years 1230 to 1492.

This is the one attraction you can’t miss when you visit Granada, and you’ll want to book your tickets well in advance as they can sell out during high season.

We spent half a day touring the grounds during which time we visited the Nasrid Palaces, the Palace of Charles the Fifth, the Alcazaba, and the Generalife.

We decided to find a cafe where we could indulge in a delicious Spanish breakfast.

Another spot we explored in Granada is Carrerra del Darro, a small lane that runs along the Darro River at the base of the Alhambra. This street is lined with arched-stone bridges and historic buildings.

We’ll leave you with a few scenes of Granada at night and one last glimpse of the Alhambra lit up against the evening sky.

We hope you enjoyed this video and that you got ideas of things do in Granada on your own visit.

This is part of our Travel in Spain video series showcasing Spanish food, Spanish culture and Spanish cuisine. 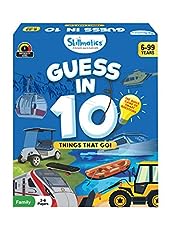 EXCITING GAME OF QUESTIONS - Ask up to 10 questions to guess the mode of transport on the Game Card! Does it have more than 2 wheels? Does it have an engine? Is it a land vehicle? Think hard, ask intelligent questions, use your clue cards wisely, and... (as of November 26, 2020 - More infoProduct prices and availability are accurate as of the date/time indicated and are subject to change. Any price and availability information displayed on [relevant Amazon Site(s), as applicable] at the time of purchase will apply to the purchase of this product.) 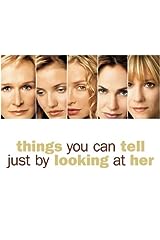 
Things You Can tell Just by Looking at Her

(as of November 26, 2020 - More infoProduct prices and availability are accurate as of the date/time indicated and are subject to change. Any price and availability information displayed on [relevant Amazon Site(s), as applicable] at the time of purchase will apply to the purchase of this product.) 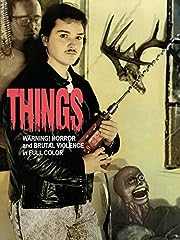 (as of November 26, 2020 - More infoProduct prices and availability are accurate as of the date/time indicated and are subject to change. Any price and availability information displayed on [relevant Amazon Site(s), as applicable] at the time of purchase will apply to the purchase of this product.) 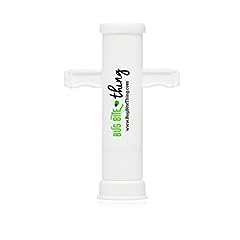 Removes insect venom, saliva, and other irritants left under the skin using suction By removing the irritant, the body stops producing the reaction that is causing you to itch & swell Works on: mosquitoes, bees, wasps, biting flies, no-see-ums, chigg... (as of November 26, 2020 - More infoProduct prices and availability are accurate as of the date/time indicated and are subject to change. Any price and availability information displayed on [relevant Amazon Site(s), as applicable] at the time of purchase will apply to the purchase of this product.)

Hey guys! Really nice video I enjoyed watching it. I went to Granada last year with my family and it was amazing. What camera did you use for filming?

Hi really enjoyed the video and videography. When did you guys visit?

I wish about this…

Audrey is beautiful looks like Liv Tyler! And moroccan tea you can find it in a famous cafè in Sevilla

Instead of your crappy canned music, it’d be great to use music related to the places you’re visiting…

This is an awesome video! We’d love for you to enter it into our travel video competition for your chance to win a $10,000 AUD prize. The competition closes 3 September 2018 so don’t miss out. Check out all the info here: http://bit.ly/2M7DPEY 🙂 – Sonia

Wow Great vlog! I am going to Granada in September, so this was perfect! What was the name of the Flamenco place you went to, if you mind sharing that? It looked very cool. Great job! Thanks for sharing!

❤️❤️ Loved watching. So enjoyable and full of life. Love the tips from you both. ❤️

That must have been when the Beast from the East hit from Siberia. Early march

I’ve been staying in Málaga and will be visiting Granada tomorrow. I’ve gotten really excited since seeing your videos and I can’t wait to try all of these great spots you two suggested. Thanks!

I went to Granada 3 years ago, came back and wrote this song. Love this city. Thanks for your wonderful video. https://youtu.be/8DfMTk4r1Lo

Another awesome video! All of you described the trip so well. Do think how many should one visit Granada?

Audrey, Where did you get your hat?

Hey guys – love your work. What was the name of the place you saw the Flamenco show? Also, any recommendations for airbnb locations for accom? Which place did you stay at? Thanks! P

Call things what they are Sam, 5:42 it’s not a coffee, its a Milkshake.

I love fry from Futurama and you fry 😀

What month was this video shot in? Curious about the cold weather.

Everything looks so good

Thank you very much for your tips! I am glad you really enjoyed the experience with Pancho Tours! Our team love so much your video!

I wish about this…